It’s been 25 years since a high-school junior known as The Mentor published an essay, soon after his arrest, that quickly became dubbed “The Hacker Manifesto.” The 500 word document, “The Conscience of a Hacker,” profiles the mind of the hacker without relying on wrecked Oedipuses, foreclosed or repressed traumas, negligent or conflicted upbringings, social or ideological conflicts, or economic privilege.

For The Mentor, the etiology of hacker pathology has its foundation in the sustained and reliable failure of educators to satisfy their mandates: in the course of his essay, The Mentor provides a scathing catalog of negligent pedagogy.

By the 100th word, we know The Mentor: he’s the student whose achievements consistently fail to reflect his abilities — the underachiever who knows every word of the volley in teachers’ conferences with parents:

I’m smarter than most of the other kids, this crap they teach us bores me…Damn underachiever. They’re all alike.” He recounts learning how to reduce fractions for the fifteenth time, clearly understands, but must account: “No Ms. Smith, I didn’t show my work. I did it in my head….Damn kid. Probably copied it. They’re all alike.

Throughout, this refrain reminds us of the inherent inhumanity of the scene.

You bet we’re all alike…we’ve been spoon-fed baby food at school when we hungered for steak…the bits of meat that you did let slip through were pre-chewed and tasteless. We’ve been dominated by sadists, or ignored by the apathetic. The few that had something to teach found us willing pupils, but those few are like drops of water in the desert.

Whether it’s a farce or a tragedy, the pedagogical scene has already precipitated the ascension of a hacker class, expatriated from the “desert” of the real and presiding, peer-to-peer, over virtual telecommunication landscapes, as unified in purpose as they had been indivisible by pedagogues. “I know everyone here…even if I never met them, never talked to them, may never hear from them again…I know you all…Damn kid. Tying up the phone line again. They’re all alike…” 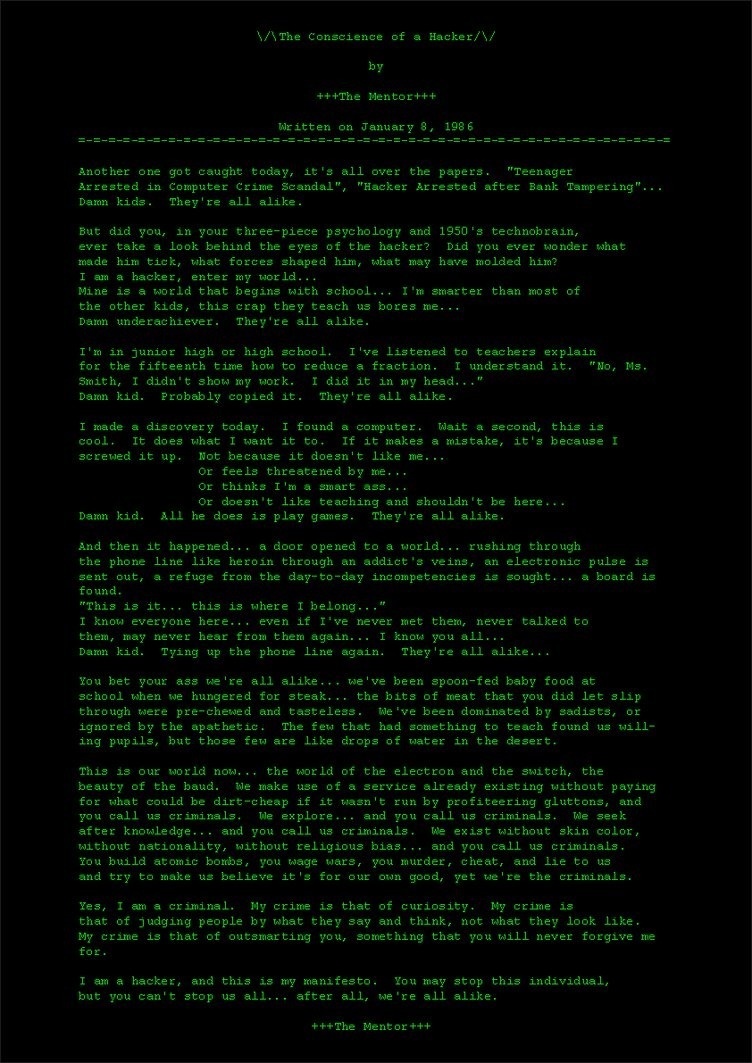 In the twenty-five years since The Mentor declared “this is our world now,” how far have we come in the earnest rhetoric of reform, twenty-five years during which we recognized multiple intelligences, drilled in preparation for differentiated instruction, and internalized a just demand that every student have an equitable opportunity for academic success?

What affect has the transformation of secondary education, compelled by the competing rhetorics of standards-based reform and social justice, had on the silent dispossession of students like The Mentor? 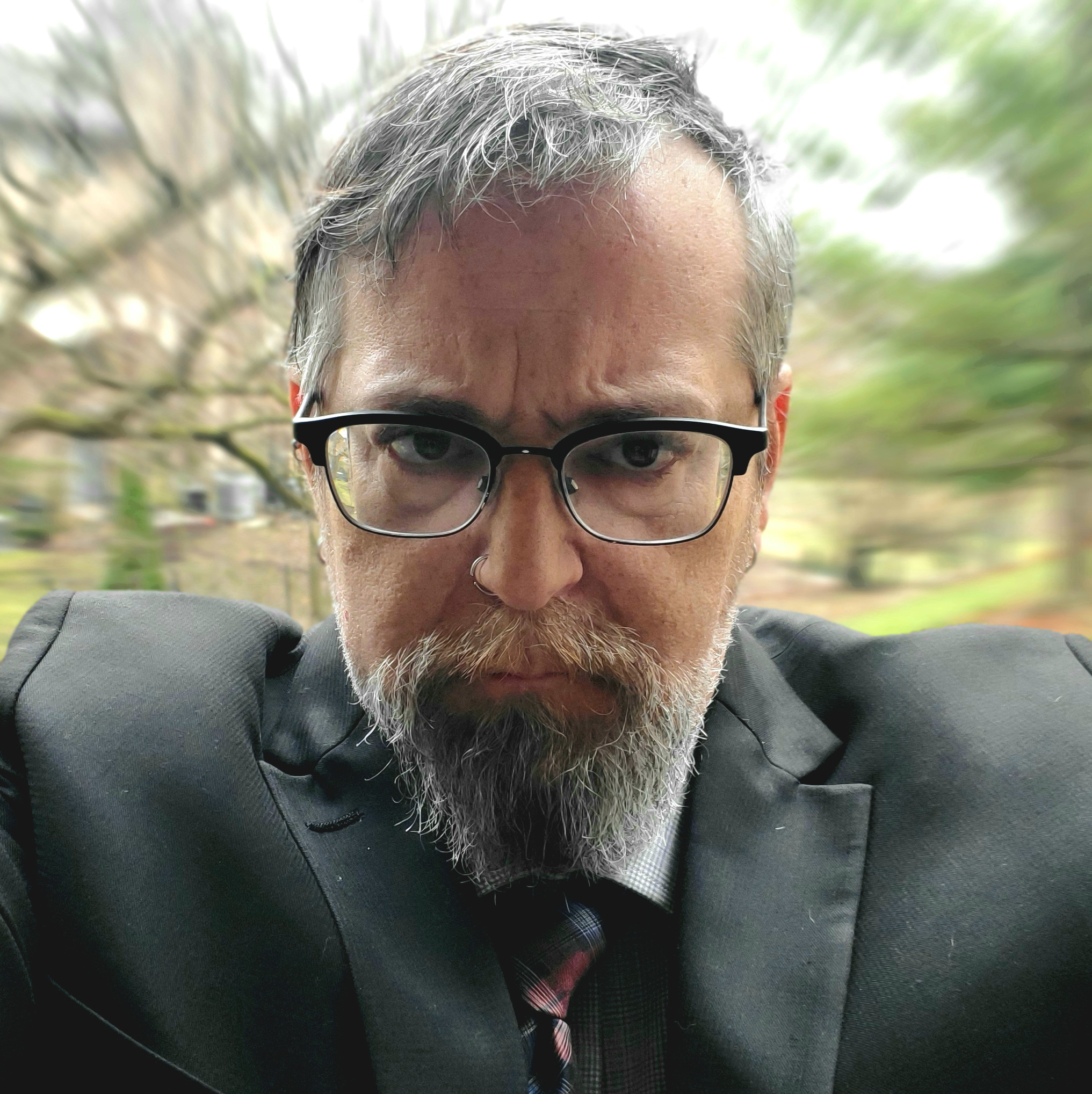 A system administrator. A director of technology. An author. An advanced computing teacher.